The 50th Anniversary of the Stonewall Riots

CyArk’s mission is to digitally record, archive and share the world's most significant cultural heritage and ensure that these places continue to inspire wonder and curiosity for decades to come. CyArk’s engineered drawings and details maps assist with conservation work and active management to record the Inn. They archive the data using state of the art processes to ensure that this data continues to be publicly accessible available in a disaster recovery scenario, tomorrow or decades in the future so people can continue to learn about the historical site.

Diversity and inclusion are part of Iron Mountain. Our company is built by the diverse people who work here and we serve a diverse group of people, customers and institutions in our community. We believe that having a diverse employee base not only reflects our customers and communities, but also is also critical to our success. 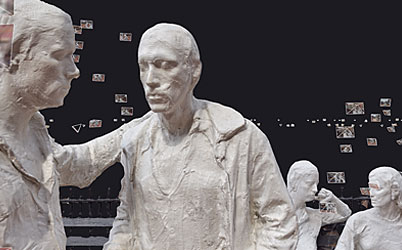 “The Stonewall uprising is recognized as the spark that ignited the modern-day gay rights movement,” said LGBTQ+@IRM leaders Shannyn Burch and Lauren Boudreau-Steeves. “The Stonewall Inn site has become a symbol and beacon to the LGBTQ+ community and their allies to draw strength from as we continue on our journey toward equality. It’s a reminder to have courage and resolve to continue the journey until we truly see, feel and realize equity for all in our personal lives and in the communities in which we live and work. We are proud that Iron Mountain is working to preserve and make accessible this significant part of LGBTQ+ history.”

Through the use of CyArk’s lidar and photogrammetry data capture, anyone can now use their to view and recreate a photorealistic image of Christopher Park and the Stonewall Inn. This data will be accessible for generations to learn for years to come. Moreover, CyArk plans a virtual reality experience using 3D recording for virtual visitors to learn about the significance of the Stonewall Riots, ensuring that the critical and historical information of Stonewall remains accessible for people, regardless of their ability to travel to Greenwich Village. 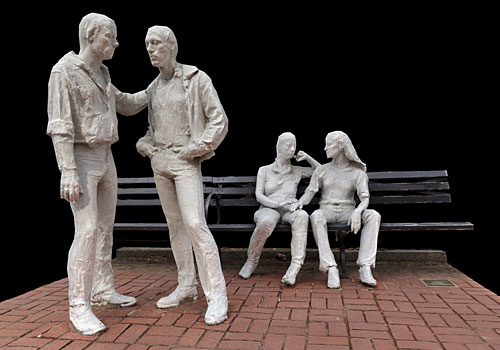 “This project is special because it’s the first of its kind to use 3D recording technologies to document a LGBT Historic Site,” said John Ristevski, CEO of CyArk. “We have the opportunity here in conjunction with the Stonewall 50th anniversary to turn this into something where we can share the story of Stonewall to a much wider audience.”

Iron Mountain provides data back-up and preservation for the “gold copy” for all of CyArk’s data from digital scans in its underground storage facility. Past projects include the preservation of Lukang Longshan Temple in Taiwan; the Washington Monument in Washington, DC; the Brandenburg Gate in Berlin; The Royal Exhibition Building in Melbourne, Australia; Rapa Nui on Easter Island; Fort York in Toronto; and the Palacio de Bellas Artes in Mexico City.