The Washington Monument reaches a height of 555 feet, weighs 100,000 tons and consists of 36,000 stones. Yet despite its mass, the Monument was severely damaged in 2011 when an earthquake struck just outside Washington, DC. The building revealed cracks and displaced stones and joints throughout the structure of one of the world’s most iconic and visited sites. It was subsequently repaired, ensuring future visitors would be able to see it, but the question remained about how to preserve the Monument in perpetuity. CyArk is a nonprofit organization whose mission is to use laser technology to create a free, 3D, online library of the world’s cultural heritage sites before they are lost to natural disaster, destroyed by human aggression or ravaged by the passage of time. They’ve committed to digitally preserving 500 heritage sites in five years, and the Washington Monument is one of them. In 2013, CyArk became a partner in Iron Mountain’s “Living Legacy Initiative,” which is committed to the preservation and accessibility of cultural and historical information, world artifacts and treasures.

“Iron Mountain’s mission aligns perfectly with CyArk’s in that the preservation of our global heritage cannot be left to chance. Our relationship started when Iron Mountain recognized the importance of CyArk’s mission and the critical need we had for technology and archiving services. We are delighted that the relationship has grown into a partnership for technology services and a cash donation to support projects as part of the 500. We were thrilled to start the program with the digital preservation of the Washington Monument,” said Ben Kacyra, Founding Director of CyArk.

Iron Mountain also stores CyArk’s data in a vault in Union City, CA. with a gold copy in our Underground facility in Boyers, PA. Whether the heritage site is around the corner or on the other side of the world, our culture is defined by these important places and Iron Mountain is proud to help preserve our history. 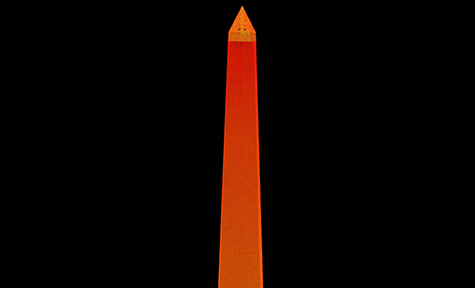