The National WWII Museum aims to preserve the histories associated with the war while educating the nation through multimedia experiences, immersive exhibits, artifacts, and oral histories. The museum tells the story of the American experience in the war that changed the world — why it was fought, how it was won, and what it means today — so that all generations will understand the price of freedom and be inspired by what they learned.

Iron Mountain’s Living Legacy Initiative is our charitable commitment to preserve and make accessible cultural and historical information and world artifacts. This grant will support the Liberation Pavilion, the final of the six major pavilions at the museum.

“Iron Mountain has played a key role in helping us preserve the personal accounts and memories of the WWII Generation and making them the cornerstones of our Museum exhibits,” Stephen Watson, CEO of the museum. “In our upcoming Liberation Pavilion, which will explore the end of World War II, the post-war era, and what the war continues to mean today, Iron Mountain’s preservation work will continue to support our galleries and visitor experience. Thanks to Iron Mountain’s generosity, we will be able to tell this critical part of the WWII story through the words of WWII veterans, Holocaust survivors, Monuments Men and Women, Gold Star Families, and countless others.”

The museum holds a variety of oral histories such as from Polish Civilian Benjamin Lesser who survived the Auschwitz concentration camp and the death train to Dachau, and now travels the world speaking about his experience. It also includes Wanda Damberg, a Dutch civilian who was held in the Santo Thomas prison camp in Manila where she helped smuggle in medicine and was transferred to the prison camp at Los Banos, until the 11th Airborne Division liberated it. Finally, it includes stories like from George Will, an American Civilian who discusses his contact with WWII veterans and the importance of the leadership and communication from Presidents Franklin D. Roosevelt and Harry Truman as well as Prime Minister Winston Churchill. These stories show the depth and impact that WWII had, and continue to have, on today’s world.

“Conceivably, one of the greatest ways to honor and pay tribute to our nation’s veterans, is to ensure that their legacy lives on,” said Iron Mountains Veteran Employee Resource Group leader, Brian Cooper. “I am extremely proud to be part of a company that values veterans and is doing just that. As a veteran myself, it is truly humbling to know that Iron Mountain has recently partnered with The National World War II Museum to assist in the funding of digitizing oral histories of the servicemen and women as part of their newest exhibit. I encourage everyone to visit the museum in person or online and learn more about these heroes’ sacrifices, courage, and patriotism first-hand.” 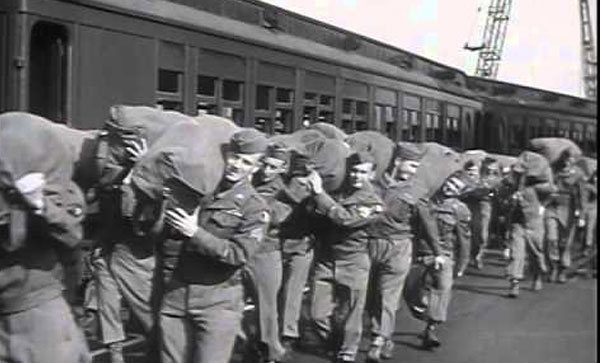