boston, ma -
2016 marks the 400th anniversary of William Shakespeare’s death, and Boston Public Library honors the Bard’s lasting legacy with its Shakespeare Unauthorized exhibition, opening on Friday, October 14 in the McKim Exhibition Hall on the first floor of the McKim building at the Central Library in Copley Square. The exhibition is presented in conjunction with the BPL citywide initiative All the City’s a Stage: A Season of Shakespeare at the Boston Public Library, connecting audiences to theater and the dramatic arts with programs throughout the library system. Boston Public Library holds one of the largest and most comprehensive collections of Shakespeare in a public institution, including the first four folios of his collected works, 45 early quarto editions of individual plays, and thousands of volumes of early source material, commentaries, translations, manuscripts, and more. Visit www.bpl.org/shakespeare to view the complete offerings of the initiative.

“Shakespeare Unauthorized is sure to engage and inspire people of all ages, and we hope visitors leave with a better understanding of not only Shakespeare’s works, but an appreciation for the world-class Shakespeare holdings of one of Boston’s finest cultural institutions,” said Julie Burros, Chief of Arts & Culture for the City of Boston. “We applaud the Boston Public Library for ensuring these works are accessible to everyone.”

Shakespeare Unauthorized: Experience the original works of “The Bard”

Shakespeare Unauthorized, a major gallery exhibition on view from October 14, 2016 through March 31, 2017, includes extraordinarily rare first and early editions of familiar and beloved plays like A Midsummer Night’s Dream, Hamlet, and The Merchant of Venice, as well as all four Shakespearean folios, most notably the BPL’s own copy of the world-famous First Folio. Through the pages of these precious books, visitors can experience Shakespeare in his original language and spelling, just as he would have been read by book lovers and theater-goers hundreds of years ago.

Shakespeare Unauthorized is made possible through the financial support of Iron Mountain Incorporated (NYSE: IRM), the global leader in storage and information management services. Based in Boston, Iron Mountain provides charitable grants of funding and in-kind services to cultural and historical preservation projects like Shakespeare Unauthorized through its Living Legacy Initiative.

“We’re proud to help bring this exhibition to life in our home city of Boston,” said Ty Ondatje, senior vice president, Corporate Responsibility and Chief Diversity Officer at Iron Mountain. “Our philanthropic mission is to preserve and create access to our world’s cultural and historical treasures, those ideas and artifacts that make up the human experience, so that they can be shared and enjoyed by everyone. The works and legacy of Shakespeare are the very definition of iconic and timeless treasures, and we’re honored to help present the Library’s impressive collection to the world.”

Shakespeare Unauthorized contains far more than just books of plays: this exhibition features surprising rarities and mysterious objects; scandalous forgeries made by con men and accomplished scholars; books from the luxurious private libraries of early English aristocrats; and memorabilia from four centuries of acting and stagecraft.

“Many know the name Shakespeare, but might not know how to experience something like a rare book, however precious it may be,” said Jonathan Alger, Co-founder of C&G Partners. “So it was very important to us to help that process along for modern visitors. We designed a space that is itself theatrical, intriguing and deliberately ambiguous, veiling what’s to come as any good playwright would.”

Shakespeare’s Here and Everywhere
The Norman B. Leventhal Map Center at the Boston Public Library, an independent, non-profit institution, features a complementary exhibition, Shakespeare’s Here and Everywhere, which opened on September 3 and runs through February 2017, with associated programming offered. William Shakespeare’s comedies, tragedies, and histories take place in a number of fascinating and often picturesque locations throughout Europe, Asia and Africa, in eras from classical times to the Renaissance. In this exhibition of forty maps, images and three-dimensional objects, visitors view these locales by seeing items from Shakespeare’s lifetime, learning about the world in the time of Shakespeare, and understanding the symbolic role that geography held to the dramas.

Kronborg Castle in Denmark, known as Elsinore in Hamlet, is highlighted in the exhibition. A 1629 Dutch map depicting the Danish Kingdom, along with a vignette illustrating “Elsenor,” is on display. Complementing this map is an original print of “Cronenburg” from Samuel von Pufendorf’s 1696 historical atlas. Geographically-significant quotes from the dramas set the stage for the visitors, such as Marcellus’ line from Hamlet, “Something is rotten in the state of Denmark” (Act 1, scene 4). Visitors also see Heinrich Bünting’s famous “Clover leaf map” from 1581 and Abraham Ortelius’ 1570 edition of Theatrum Orbis Terrarum.

“This is an opportunity for visitors to appreciate Shakespeare in a whole new way, through viewing the cartographic treasures from the collections of the Boston Public Library and our founder Norman B. Leventhal,” said Connie Chin, President of the Norman B. Leventhal Map Center. 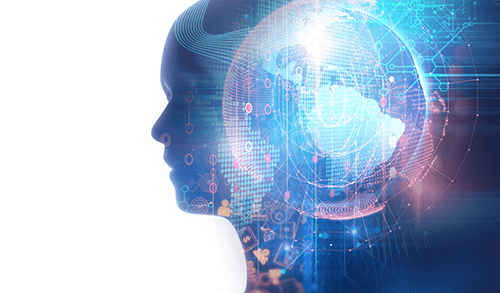 The Norman B. Leventhal Map Center is ranked among the top map centers in the United States for the size of its collection, the significance of its historic (pre-1900) material, and its advanced digitization program. It is unique among the major collections because it also combines these features with exceptional educational and teacher training programs to advance geographic literacy among students in grades K-12 and enhance the teaching of subjects from history to mathematics to language arts. The collection is also the second largest in the country located in a public library, ensuring unlimited access to these invaluable resources for scholars, educators, and the general public. The Leventhal Map Center, created in 2004, is a nonprofit organization established as a public-private partnership between the Boston Public Library and philanthropist Norman Leventhal. Its mission is to use the Boston Public Library’s permanent collection of 200,000 maps and 5,000 atlases and a select group of rare maps collected by Mr. Leventhal for the enjoyment and education of all through exhibitions, educational programs, and a website that includes thousands of digitized maps at maps.bpl.org. The map collection is global in scope, dating from the 15th century to the present, with particular strengths in maps and atlases of the American Revolution, New England, Boston, Massachusetts, world urban centers, and nautical charts.
Boston Public Library image: William Shakespeare’s First Folio, 1623. Boston Public Library, Rare Books Department.
Map Center image: Heinrich Bünting (1545-1606). Die Gantze Welt in ein Kleberblat. Magdeburg, 1581. Courtesy Mapping Boston Foundation.