Hard Drive Preservation: A Strategic Imperative for the Entertainment Industry

Hard Drive Preservation: A Strategic Imperative for the Entertainment Industry 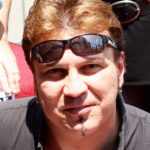 Get proactive with hard drive preservation while older drives are still viable and legacy tools are still available to facilitate the process.

Sometime around 2005, I was first made aware of the concept of the ‘digital black hole:’ the description of a future where purely born-digital information and assets could be lost for eternity due to the reality of aging media and file/format obsolescence. The digital black hole could prevent future generations from accessing the digital records and creations that document all aspects of our everyday lives: our businesses, communications, health, arts, creativity, entertainment and memories – in short, our very history. Unfortunately, the reality of data loss due to hard drive failure makes this stark possibility more likely, not less – so it should be very much on the minds of Entertainment industry archivists who are responsible for priceless catalogs of our collective cultural history. Furthermore, any corporate archivist that looks after rich media such as video, photos on hard drives must contend with the same issues.

While no digital appliance or technology is immune to failure, hard drives should raise serious concern. Variations in design, connectivity, formatting, encryption and long-term storage stability plague this digital medium, so hard drives should be a migration priority for all archivists.

Hard drives were first created back in the mid 1950’s, but it was not until the early 1990’s that they hit their stride in practical business and household application. As the world became digital, the convenience of creating a folder and saving files to an internal or external hard drive became the universal norm. There is little doubt that hard drives have had a tremendous impact on our way of doing things: how we organize and access information is incredibly efficient compared to 25 years ago. Ones and zeros inside a miraculously small blinking archive on desktops around the world now replace volumes of physical (analog) media and documents.

The constant refinement and evolution of hard drive mechanisms, design, power supply (did you save that old Seagate wall wart?) and connectivity options (remember SCSI?), have made hard drives more reliable in the short term, but unfortunately have also introduced a host of new challenges to restoring data from aging volumes. Other variables include formatting across multiple platforms, operating systems, firmware/drivers, partitions, encryption and mechanical failure. Of nearly 5,000 hard drives recently preserved, the failure rate for those manufactured in the mid- 1990’s is approaching 20%, according to data from Iron Mountain Entertainment Services. You begin to see that connecting a mid-1990’s hard drive to a modern computer and getting that drive to mount can be problematic.

Another important but often overlooked issue, particularly with archives containing numerous hard drives, is content metadata. Unlike analog media where a box label and internal documentation clearly identify content, hard drives are capable of containing so much data that a traditional box label is largely impractical when attempting to catalog content. For this reason, hard drives are often cryptically labeled, if at all.

So, what can be done to preserve the data on these aging volumes before it is lost to history? The solution is straightforward, once you overcome some of the previously-mentioned obstacles: Data Migration. Simply put, digital content is moved to a modern and more future-proof medium and, because the content is an exact verified copy of ones and zeros, the migration is lossless. Readily available applications allow for comprehensive and searchable metadata collection and reporting during the migration process. Migrated data is archived to redundant open-format (TAR, LTFS) backups, and utilizes geographic separation of the backup sets. Cloud and Digital Content Repositories offer the added convenience of web access to a migrated digital archive with periodic migration of data built in.

The unfortunate reality is that most archivists will not realize that there is a problem until they need content restored from an older hard drive. Now is the time to get proactive with hard drive preservation while older drives are still viable and legacy tools are still available to facilitate the process.