The Side Effects of Information Governance Inaction

The Side Effects of Information Governance Inaction 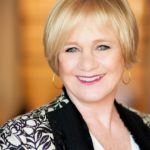 I am a massive fan of James Corden’s Late Late Show . For sheer entertainment brilliance it doesn’t get much better than carpool karaoke, but his other recurring ingenious segments can bring tears of laughter to my eyes, like “Side Effects May Include…”. During this sketch James pokes fun at pharmaceutical commercials that warn us of a myriad of nasty and anxiety provoking side effects.

As I was reading through the latest iteration of the Cohasset and ARMA 2016 – 2017 Information Governance Benchmarking Survey findings, and comparing it to the 2013-2014 Benchmark findings, I thought about the side effects of inaction with tears of frustration rather than glee. Having spent time with information management pros in their offices and at events, I’ve recognized that the forward motion of RIM and IG programs has been shaky. The statistics in the new Benchmark report make it starkly clear that for the majority of us, the evolution of our practice is stalled.

Cohasset launched the Benchmark Survey back in 1999 and has used many of the same questions in each iteration. The body of work provides for an enlightening longitudinal study of the RIM, and more recently, IG profession. The reports show that over time, significant progress has been made in the creation and use of Records Retention Schedules, the introduction of RIM programs that report to departments other than Facilities and more systematized discovery processes. Yet a side by side comparison between the two most recent reports shows virtually no change in responses to the progress or intended progress of key facets of a RIM and/or Information Governance program. Here are some disturbing results: (include stats about keep everything, automation, training, etc.)

Of the organizations surveyed for the report:

One of the chief barriers to a fully compliant RIM/IG program is the inability to dispose of paper or electronic records. The 2013|2014 report indicated that 64% of organizations rank “can’t let go of information” as the greatest challenge to overcome – it’s the exact same percentage in the 2016|2017 version. The institutional or cultural challenge of a “keep everything culture” has jumped from an earlier 78% of respondents in agreement to 81%. Other cultural factors that have not improved include “lack of management and stakeholder support” (56% in 2013|2014 and now up to 81%) and its associated “lack of recognition that RIM and IG require commitment and investment” (increased from 66% in earlier report to 81%). There are some inconsistencies in the responses; for example, 83% of respondents indicate that management supports IG, which is contradictory when asked in a different context.

Other disconcerting numbers include no increase in training and awareness programs – only 26% of respondents offer training annually while 23% don’t have anything to offer employees. The remaining 51% train new hires or every 2 or more years. This lack of awareness no doubt contributed to the fact that the dial hasn’t moved on program maturity to any extent: 24% report being in the transformational and proactive phases (the highest in ARMA’s Principles maturity designation) which is exactly the same as in 2013|2014.

And not to be entirely depressing, automation is still missing from key processes such as discovery, tagging of records at creation or throughout a workflow and destruction. In fact, 78% of respondents report that the lack of automation contributes to timely and consistent deletion of eligible records.

So… side effects of not enacting change may – and do –include the loss of private information through breaches, increased cost of litigation, ineffective data analytics, exposure of weakness during audits by regulators and customers, and the list goes on.

But while this may seem bleak, and it most likely reinforces what you already experience day in and day out, there is strength in numbers. The Benchmark reports, old and new, can be used to highlight the lack in progress, and its contributing factors, to strengthen conversations with senior leaders about the state – and value – of information management and governance at your organization.