The end of LIBOR: Are you prepared?

The end of LIBOR: Are you prepared? 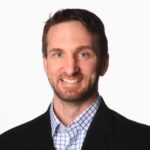 What once could have been argued as being one of the most important benchmarks in banking, LIBOR (London InterBank Offered Rate), is coming to an end.

What once could have been argued as being one of the most important benchmarks in banking, LIBOR (London InterBank Offered Rate), is coming to an end. With a shelf life expiring at the end of 2021, what does this mean for investors and borrowers?

First, it is important to understand why the LIBOR is ending in 2021. LIBOR is meant to represent the interest rate banks lend to one another. However, in July of 2012 it came to light that banks were manipulating the LIBOR for the purpose of profit. Banks had been falsely reporting interest rates, therefore impacting the LIBOR benchmark, and, in turn, borrowers overpaid on interest. The manipulation was easy for the banks because they were asked to report a hypothetical rate at which they could borrow, not the rate they actually borrowed.

In 2014 the Federal Reserve Board and the New York Fed created the Alternative Reference Rates Committee (ARRC), and tasked them with finding a more transparent and robust replacement for LIBOR as well as creating an orderly transition plan. In 2017, ARRC identified the Secured Overnight Financing Rate (SOFR) as the recommended replacement for US denominated transactions. SOFR is based on overnight transactions secured by the US Treasury securities and represents a risk-free interest rate.

The transition from LIBOR to SOFR will not be without some speed bumps. The first being that SOFR is quoted at a lower rate than LIBOR due to how it is derived, which means a straight transition from LIBOR to SOFR would result in a lower interest rate. LIBOR was based on unsecured transactions and therefore included a bank funding risk. To ensure compatibility, an adjustment spread will be required on SOFR.

The third potential speed bump is preparing written contracts for the transition. Any new contract that extends past the retirement of LIBOR is recommended to use another benchmark or have fallback language if the LIBOR ceases to exist. Legacy contracts tied to LIBOR without fallback language that extend past 2021 will be more complicated. It is recommended to check the language of these legacy contracts to understand and quantify the exposure if LIBOR retires. Amending these contracts now will reduce litigation, but not without costs as well as the potential for the borrowers to disagree with the new terms.

Be prepared for the transition from LIBOR to SOFR

With LIBOR coming to an end and SOFR on the horizon, are you prepared for the transition? Here are some things you should consider as you prepare:

These are important questions to consider as banks prepare to transition from one of today’s most important financial indexes. It is time to move from the denial phase to the acceptance phase and gear up for the move. Work still remains for the AARC committee, specifically in addressing term SOFR rates, but this is not an excuse to procrastinate any further.