Return of Mid-Century Modern… and Tape

Return of Mid-Century Modern… and Tape 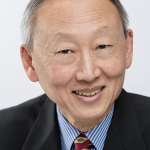 You may have heard mid-century modern is back in vogue. Wait until I tell you about digital tape storage.

You may have heard mid-century modern is back in vogue. Wait until I tell you about digital tape storage.

I was a little tyke around mid-century so I just remembered the designs as something everyone in the neighborhood had, and could afford. Whether it was a house or furniture design, the lines were clean and the build simple. The use was utilitarian. It fulfilled its purpose in a straightforward manner. Simplicity has its own attractive aesthetics.

What goes around comes around as the old phrase says. I am surprised at the revival of mid-century modern furniture. Back then, many people hankered for ornate, exotic symbols of success, or the latest fanciful fad passing as vogue.

So while homes and furniture designs were being introduced in a “no-nonsense” functional way, in the technology world, tape was developed for a simple and straightforward purpose. Store data on an inexpensive medium, in a straightforward manner, and have it last a long, long time.

I’ll make three apologies for tape. Yes, you say … if you use tape you should apologize. I use the term apology in its definition as an explanation or defense of a belief or system. Yes, you can look it up.

First and foremost, in this day and age of mushrooming data creation, the great reason for using digital tape for data storage is cost. Follow the money. There is no cheaper medium to store data that is tried and true. Since its introduction in the mid-1950’s, tape has proven to be a cost-effective technology for long-term storage of backups and archives. In recent years, it is used more for archiving than backups. People say cost comparisons are relative and are often skewed towards the narrative of a convincing speaker. Let me use a more intuitive approach to describe why tape is inherently cheaper. By looking at the manufacturing parts of tape versus the construction of a hard disk, it can be easily surmised that a roll of tape on a spool in a plastic shell will be cheaper to produce than a hard disk that contains precision electromechanical parts, such as sputtered disks, ferrofluid spindle motor bearings, high speed miniature motors, complex and delicate head/gimbal assemblies, densely populated printed circuit boards, and much of it assembled in a Class 100 clean room. Which one would you say costs less to make? If a tape cartridge and a hard disk contain about the same storage capacity, which one would you buy to store data that you may not touch for a decade or more?

Parts of the country still had party-line telephones in mid-century. I heard it wasn’t discontinued until the early 1990’s and anecdotally many stragglers after that. Nowadays we are a little more concerned about what other people know of our goings-on. In this interconnected world, the only real way to avoid hacking or virus infections and such is to be offline. Tape is perfect for this. Robust physically, designed to be exported from tape libraries, software that knows a cartridge is offline, tape is designed with all the attributes to provide the so-called “air gap” security. Put the tape cartridge on the shelf and it will remain safe from remote access corruption. A simple concept, but an effective one. Just ask Iron Mountain, Inc. who stores mountains of tapes in their secure vaults around the world.

Without writing a tome (not tomb), there are many aspects of tape that inherently lead to higher reliability than hard disks. Getting data back should be at the forefront of any discussion on storage devices. It’s great to write it quickly and read quickly but the real test is being able to retrieve the correct data when you need it. One measure of data reliability, bit error rate, is often used by engineers. Lots of negative powers to the base-ten. Hard to understand. Let’s just visualize that on a hard disk of one to two platters (whether on 2.5-inch or 3.5-inch diameters) you have to write all the bits in that surface area. You can imagine the bits (magnets) to be very close to each other and each track being very narrow if not overlapping each other (Shingled Magnetic Recording). Also you can imagine that the bits can exert an influence over the next bit as they are little polarized magnets. Tape’s recording real estate is huge compared to the space on a disk. The popular Linear Tape Open (LTO) type tapes are roughly a half-inch wide by approximately 3000 feet long, depending on generation. You can thus imagine that to lay down the same number bits as on a hard disk, the bits on tape can be spread out much further apart. Hence, less influence on the next bit, easier for the recording head to discern each bit as the tape streams under the recording head.

From an electromechanical design and the number of parts standpoint, the general thought is less parts, less that can go wrong. ‘Nuff said.

Tape. The technology is as advantageous today as it was when it started around mid-century last century. It should still be part of any intelligent storage management solution to address long-term archival requirements.