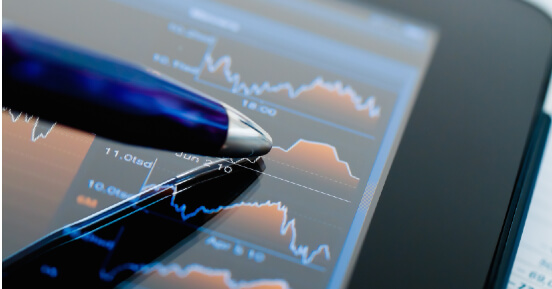 Operational excellence in RIM not only protects the organization against fines and litigation, but also creates competitive advantage.

The importance of operational excellence in records and information management (RIM) can be summed up in the following scenario. If you got a call from your HR department asking you to retrieve a confidentiality agreement with an employee who no longer works at the company and whose file was sent to storage seven years ago, would you be able to quickly comply?

This request isn't as unusual as it sounds or uncommon. That's exactly the request that was made of Arlette Walls, Iron Mountain's Global Records and Information Manager, at a previous employer.

"Chances are your entire organization is dependent on good records and information management to achieve its business goals" she said. "It's at the core of operational efficiency."

RIM is typically an underappreciated function in many organizations. Anyone who’s ever worked in this role understands the tasks involved typically include filing and retrieving documents, managing storage rooms filled with records and filling shred bins.

Such a tactical approach to RIM overlooks the fact that operational excellence in RIM not only reduces risk but enables organizational agility. In the next three years, IDC predicts there will be more total data created than in the last combined 30 years. As the volumes of information that enterprises gather grows, the ability to quickly find information in response to requests from internal stakeholders, regulators and litigators will increasingly separate the winners from the losers.

There is no one official definition of operational excellence, but it is broadly understood to refer to the ability of an organization to execute a business strategy more consistently and reliably than the competition. Operational excellence is a core part of the Six Sigma continuous improvement principles that are widely used in industry.

How does that apply to RIM? AIIM calls an organization's information "its most valuable asset; the common denominator in customer experience, business agility, operational excellence and automation."

Operational excellence in RIM occurs within the larger context of a disciplined information governance framework. ARMA International defines eight core principles of information governance spanning such areas as accountability, transparency, protection, availability and disposition. RIM professionals are responsible for adhering to and promoting those principles throughout the organization every day.

The need to improve operational excellence in RIM has never been greater. Not only are data volumes growing, but the types of information an organization must manage are proliferating as well. In addition to paper and structured digital data, records managers must also cope with images, video files, unstructured text and even software code, creating a large and complex classification and tracking task.

At the same time, regulatory pressures are growing, particularly in the area of personally identifiable data. More than 80 countries have now enacted some form of privacy law and more are under consideration. Under the European Union's General Data Protection Regulation "right to be forgotten" rule, organizations have one month to respond to a request by an individual to delete personal information. Imagine the resources needed to cope with thousands of such demands, particularly if information has been gathered over years in multiple formats.

Operational excellence in RIM is about much more than labeling boxes. It requires taking custodianship of the way information moves and is managed in the organization while keeping within regulatory boundaries. Given that a global organization is likely subject to hundreds of regional, national, and local regulations, keeping up with changes in the laws alone can occupy a full-time staff. Automated tools like Iron Mountain's cloud-based Policy Center solution can help alleviate global legal requirements.

When you have RIM operational excellence, not only is the organization protected against fines and litigation, but it also creates competitive advantage. Stakeholders make faster and better decisions when they have ready access to supporting information. Operational efficiency is improved when requests for information such as a seven-year-old confidentiality agreement can be quickly fulfilled. Services to customers are delivered more consistently and equitably.

In short, excellence in RIM creates a foundation for success everywhere else in a business. Information is at the heart of nearly everything organizations do today, making the ability to manage information efficiently a part of every other strategy and objective.