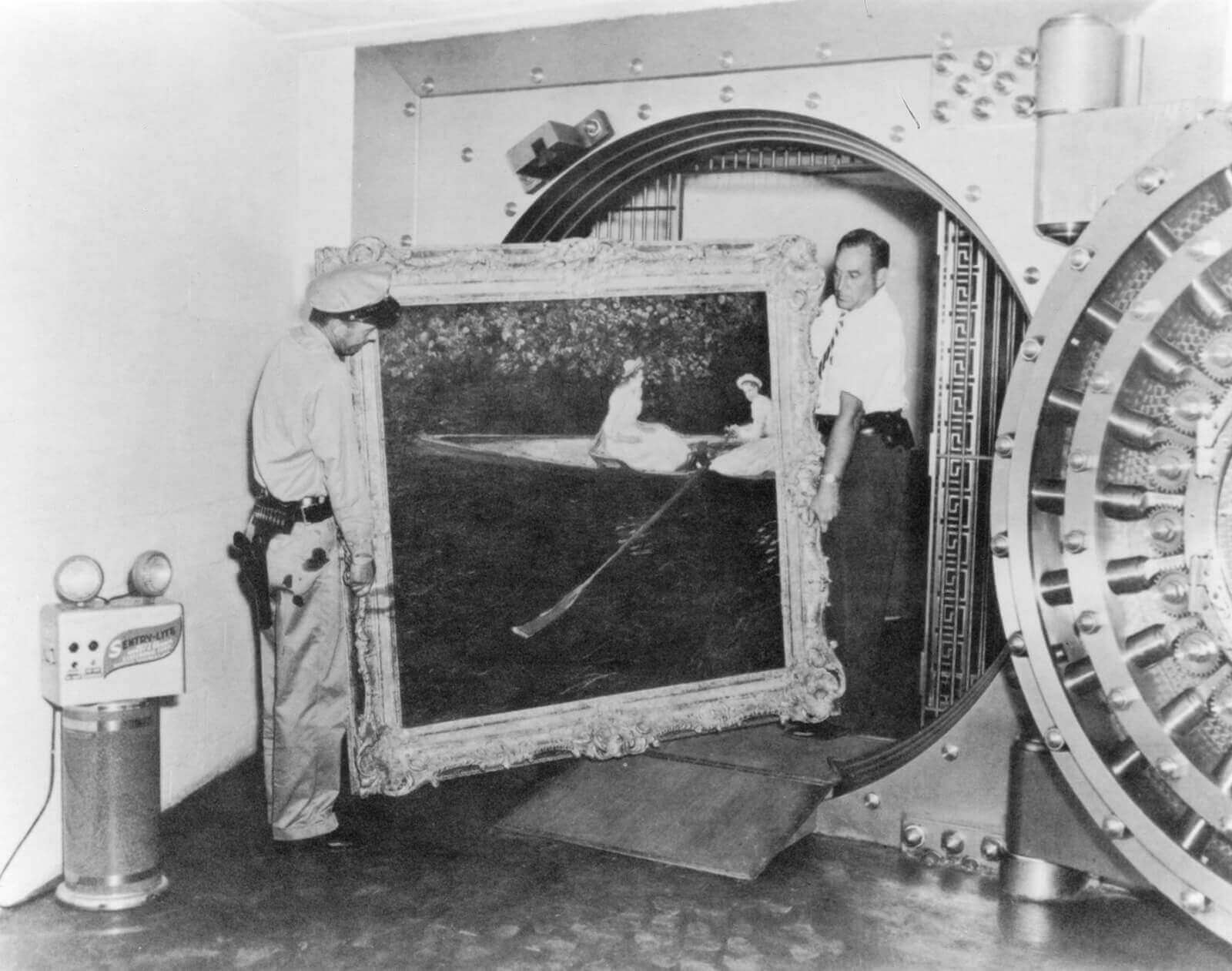 Herman Knaust founded Iron Mountain in 1951 in Livingston, NY. Hailed as the “Mushroom King” by his Hudson River Valley neighbors, Knaust first made his fortune by growing and marketing mushrooms. In 1936, he paid $9,000 for a depleted iron ore mine and 100 acres of land so that he could have more space to grow his product. But by 1950, the mushroom market had shifted, so Mr. Knaust decided upon a new business venture—one that would make good use of his mine, which he named "Iron Mountain."

After World War II, Mr. Knaust sponsored the relocation to the United States of many Jewish immigrants who had lost their identities because their personal records had been destroyed during the war. At this time, the world was also embroiled in Cold War apprehension regarding atomic security. Both factors caused Mr. Knaust to focus on protecting vital information from wars or other disasters. 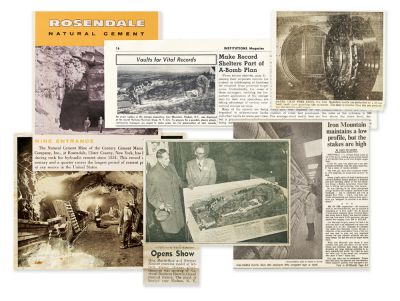 As a result, Iron Mountain Atomic Storage, Inc. was founded in 1951. Mr. Knaust opened the first "vaults" inside Iron Mountain and put a sales office in the Empire State Building. Having a knack for publicity, he persuaded luminaries such as General Douglas MacArthur to visit the Iron Mountain site. The attendant publicity was the extent of the new venture's marketing program. Iron Mountain's first customer was East River Savings Bank, which brought microfilm copies of deposit records and duplicate signature cards in armored cars to the new mountain facility for storage. Other corporate customers soon followed as New York-based companies began to realize the need to protect their important records.

Iron Mountain continued to grow in the New York City market, expanding beyond the original facility into a depleted limestone mine closer to the city. Iron Mountain was now the premier vital records protection company.

By the mid-1980s, Iron Mountain had accumulated all the product lines that comprise the foundation of the current company. It offered paper records storage and management services (including major operations in the medical and legal vertical markets), offsite data protection services and vital records protection services in the New York and New England markets.

Expansion continued to increase; by 1995, Iron Mountain had grown to exceed $100 million in annual revenue. Company leaders felt the time was right for the records management industry to consolidate. In February 1996, Iron Mountain became a public company, raising capital, in part, to initiate this consolidation.

With a 2015 revenue of $3.0 billion and the broadest service platform serving the most global markets, Iron Mountain is the world's trusted partner for storage and information management services. Herman Knaust displayed great foresight in 1952 when he said, “This business will mushroom…”