SUPPORTING OUR EMPLOYEES IN TIMES OF NEED

The Mountaineer Employee Relief Fund was established to support Iron Mountain employees during times of tragedy. Its purpose is to help employees and their families recover and transition from events that are outside of their control, particularly that affect their ability to pay for basic living expenses.

The relief fund was originally established for Iron Mountain employees affected by Hurricane Katrina in 2005. Wishing to support their fellow employees in time of need, Mountaineers from all over the world generously donated and the Company matched those contributions. Today, this fund continues to offer one-time financial aid to any Mountaineer and his/her family impacted by a catastrophic event. Employees regularly donate to this fund and more than $500,000 has been distributed worldwide since the fund’s inception.

In 2014, The Iron Mountain Foundation voted to change the name from the Mountaineer Employee Relief Fund to the “Richard Reese Employee Relief Fund,” after its long time CEO, Richard Reese. Richard Reese served as CEO of Iron Mountain from December 1981 to June 2008, returning to the role in 2011-2012.  During his tenure, Richard not only grew the company and its revenue, but he also demonstrated formidable loyalty and dedication to his employees. It is only fitting that fund is named in his honor.

The Iron Mountain Foundation is committed to supporting this fund and ensuring it remains viable to employees and their families. 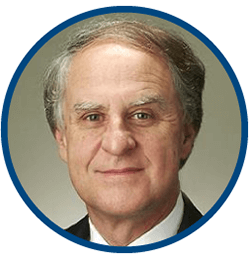 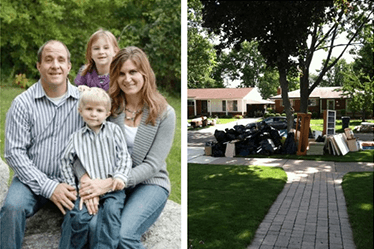 “Due to a severe storm, our fully finished basement was flooded with 12-18 inches of backed up sewer water.  We lost all of our fall/winter clothing; winter coats, boots, snow pants, hats, and gloves.  We also lost our recently purchased school clothes and supplies for the kids.  We also had a fully stocked refrigerator/freezer in the basement and due to all the water it stopped working.  My daughter has celiac disease and is on a gluten free diet, we store all her extra food in that freezer and that was all contaminated with sewer water.  We had total losses of almost $ 49,000. I came into work and told everyone about the issues I had with my house.  My GM told me about the relief fund and helped me fill out the application.  Iron Mountain helped my family and me out during the time of need.   I appreciate everything Iron Mountain has done for my family.   It’s nice to work for a company that really cares for every employee, I’m very proud to call myself a Mountaineer.” 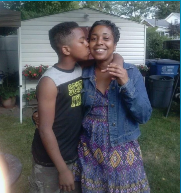 “It was unbelievable. I didn’t expect something like this. With the money from the relief fund I was able to replace several items damaged by the fire and pay rent. My family and friends were shocked that Iron Mountain had something like this for employees. I didn’t know the relief fund was funded by donations from other Mountaineers. I’m still in shock. The money came from people that don’t even know me. I literally cried when I got the check. I am so grateful.”

The Iron Mountain foundation is a 501c3 organization and all donations are tax deductible.

What started as an act of generosity and support in 2005 after Hurricane Katrina continues today with Iron Mountain employees worldwide continuing make regular donations to the Mountaineer Employee Relief Fund to support their fellow Mountaineers.

Please contact Jennifer Grimaudo, Director Operations, Richard Reese Employee Relief Fund at
ReliefFund@ironmountain.com
with any questions or to make a donation via check or wire transfer.

The Relief Fund Is Made Possible Due To The Generosity Of People Like You!

Donate via PayPal
If you’re an employee and would like to make a recurring or one-time donation, please access your benefits in Workday and change your elections via the “Life Events” option.