What does Trump’s Dodd-Frank Reform mean for Banking and Financial Services? 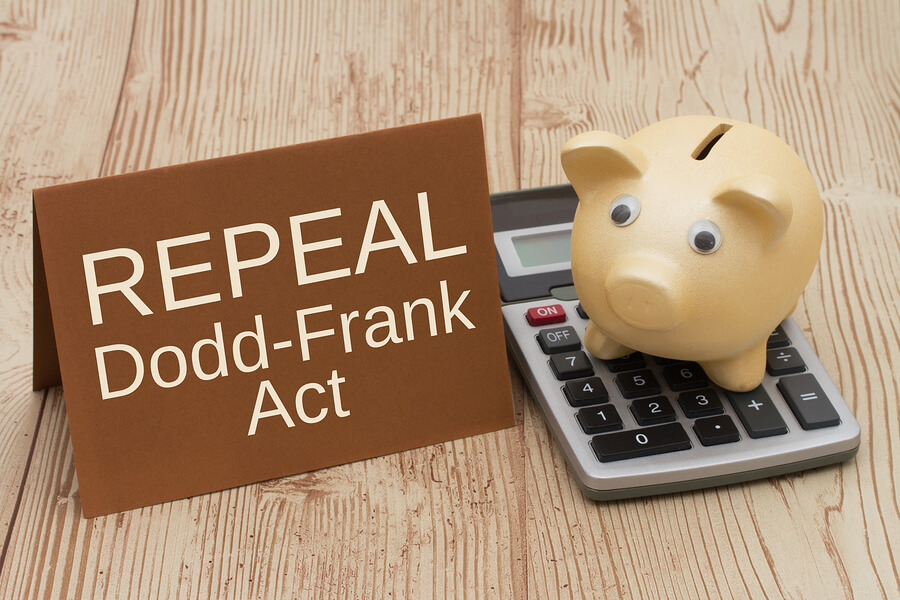 What does Trump’s Dodd-Frank Reform mean for Banking and Financial Services?

The Dodd-Frank Act is currently being reviewed by the Trump administration in an effort to reduce regulation in the banking and financial industries.

The Dodd-Frank Act is currently being reviewed by the Trump administration in an effort to reduce regulation in the banking and financial industries. What exactly does this mean, and what are the anticipated outcomes? While a lot is uncertain at this point, we’ll review where things stand and our recommendations for dealing with possible deregulation.

The Dodd-Frank Act of 2010The Dodd-Frank Wall Street Reform and Consumer Protection Act was signed into law by President Obama in 2010 in response to the financial crisis of 2007-2008. The president called the Act “a sweeping overhaul of the United States financial system, a transformation on a scale not seen since the reforms that followed the Great Depression.” The Act is named after former Senate Banking Committee Chairman Chris Dodd and former Financial Services Committee Chairman Barney Frank who worked together to introduce the bill.

The aim of the Dodd-Frank Act was to promote the financial stability of the United States by improving accountability and transparency in the financial system, to end “too big to fail”, to protect the American taxpayer by ending bailouts, and to protect consumers from abusive financial services practices.

Trump’s Executive OrderOn February 3, President Trump signed an executive order to review the landmark Dodd-Frank Act, with a goal to revise, significantly scale back, or eliminate parts of the 2010 law. Trump has laid out his “core principles” for financial regulation including: preventing taxpayer-funded bailouts; fostering economic growth; enabling US companies to be competitive with foreign firms in domestic and foreign markets; and advancing American interests in international financial regulatory negotiations and meetings.

In addition to reviewing Dodd-Frank, the order also asks the Department of Labor to repeal the upcoming Fiduciary Rule, which was expected to begin implementation April 10. This rule would mandate that financial advisors put their clients’ interests first when investing their money, rather than choosing investments that would result in higher commissions. Banks, asset managers and insurers have been fighting this rule since it was approved last year, saying the regulation could raise costs of providing advice.

Due to the complexity of the laws (with 11 separate parts and over 1,000 pages of legislative guidelines), some observers believe that instead of a broad repeal, the administration will take a more gradual or piecemeal approach to rolling back or amending provisions of the legislation. This is especially true of the Consumer Financial Protection Bureau (CFPB), which has already been completed and implemented. Amending certain portions of the rule, especially consumer protections, would require Congressional approval, and could face a fight from Democrats such as Senators Bernie Sanders and Elizabeth Warren, who helped create the CFPB.

What to expectThe intent of the review is to remove regulatory burdens and open up investor options according to the White House. In anticipation of loosened regulations, stock prices for banks and investment firms have seen an increase with the hope that less compliance regulation will translate into more productivity for banks.

However, Democrats charge that Trump will undo changes designed to protect both average investors and the global banking system. In addition, Europeans see financial deregulation as a threat to banking stability worldwide.

Meeting in the middle, there is generally bi-partisan support for regulatory relief on small and mid-sized banks, which is even supported by Barney Frank, who stated that “any comprehensive legislation needs some changes.” The argument is that fewer restrictions on small banks will free up money for small business loans.

The administration is looking for ways to make an immediate impact, and has directed the Treasury to submit recommendations within 120 days. The treasury secretary also has 120 days to consult with the Financial Stability Oversight Council, established by the Dodd-Frank Act, to look out for excessive risks to the U.S. financial system. The bottom line is that major financial industry changes will take time. Scrapping Dodd-Frank entirely is seen as being far too onerous for a $16 trillion industry that has already implemented many of the measures.

What should you be doing now?In general, we believe accountability and transparency are necessary elements of doing business for the banking and financial services industries. The more complex question is: what is the right level of compliance, oversight, and auditing that will protect both consumers and the banking system itself, without stifling its effectiveness?

Some of the largest U.S. brokerages, such as Morgan Stanley, plan to move ahead with client-friendly changes designed to comply with federal rules as a best-interest standard, despite speculation about new standards. In fact, some observers have pointed out that banks and brokerages that adhere to the principles of the Fiduciary Rule can make it a point of differentiation and credibility. Its likely banks want to continue to be seen as “customer first” institutions, especially cosidering how competitive the banking industry has been since the financial crisis and the fallout from the recent fake account scandal at Wells Fargo.