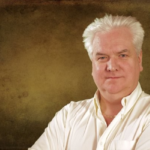 The oil and gas industries have a long record of meticulous record-keeping. Learn how artificial intelligence can help.

The oil and gas industries have a long record of meticulous record-keeping, but until recently those records were, by necessity, captured on paper and film. Artificial intelligence technologies like natural language processing, image recognition and machine learning can now unlock the treasure trove of information stored in these historical documents, yielding significant improvements in efficiency and yields.

All three stages of the energy production process – discovery (upstream), transportation (midstream) and refinement and delivery (downstream) – stand to benefit.

Technology now exists to not only scan and digitize records on print and film but to recognize and organize their contents. Machine learning software can comb through unstructured information like emails, as well as semi-structured information like maintenance reports, to identify and classify data. Engineers can then take advantage of natural language processing to query the data in the same way they would interact with a search engine.

For example, an engineer could say “show the operational history of all wells in the North Central United States that exceeded their life expectancy by more than 20%.” Machine learning algorithms could be applied to the results of that query to identify common traits that might explain that their longevity.

The same processes can also be used in oil and gas discovery. Geological charts have traditionally been stored as images that had to be scrutinized by human experts to identify patterns. Those charts can now be digitized and machine learning applied to understand the conditions they represent. Once in digital form, geological maps can be compared to each other or time-series analysis can be performed on maps of the same location to look for patterns over time. Geologists can thus more quickly identify the characteristics of locations that are likely to yield the greatest volume of energy.

In the midstream, equipment failure is a significant source of cost and risk, particularly since oil pipeline equipment is often in remote locations. Machine learning algorithms can analyze historical equipment maintenance reports to identify the factors that correlate highly with equipment failure. Using the same data capture techniques noted above, historical records can be loaded into a searchable database for engineers to query and learn from. Predictive analytics can scan operating histories to give maintenance teams early warning of equipment that is likely to fail within a given timeframe. Repairs can then be made minimal impact on cost and downtime.

The complex cost structure of energy companies can also be streamlined with AI’s help. Annual spending data for a single company typically comprises about one million line items, about one-third of which are unclassified. Machine learning can categorize these unclassified items as well as search through current and historical records to identify duplication and waste. In this way, data that was once locked up in paper documents can be exposed, compared and tracked to uncover patterns that reveal opportunities for efficiency improvement.

Energy companies excel at data collection. With AI, they can turn that raw data into operational intelligence and competitive advantage.

To learn more, read the white paper Data Search and Discovery in Energy and Oil and Gas